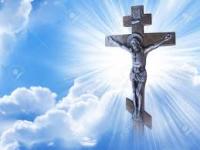 Jesus spent his whole life testifying to the truth. The parable he told in today’s reading can be seen as a picture of the Pharisees, who made a show of goodness but did not practise it, and sinners, who initially were disobedient but afterwards repented. It is a common theme in Jesus’ teaching. However, it is easy for us to consign the Pharisees to history, when they are alive and well today. Most of us want to present a pleasant image of ourselves to the world; living up to that image is quite another matter. Taking up one’s cross can be uncomfortable, sometimes involving humiliation, suffering and even death. Often it is just living every day as a faithful follower of Christ.

In the beautiful passage from St Paul to the Philippians, Jesus’ humility is described. He did not parade his equality with God, for he was completely aware of who he was and how he was loved by his Father. He willingly accepted the degradation and pain of the Passion. He combined in himself both of the two brothers, saying yes to the Father and then doing the work that he wanted.